Please note that this is the help section for the former Newsletter2Go software.

What Are the Clicks About?

In the Reports area, you can examine your contacts' click behavior. To see this, select an individual campaign and select the Clicks tab.

You will see the following metrics:

1) Unique Clicks represents the absolute number of recipients who clicked on at least one link in an HTML email. This number will never be greater than the number of All Clicks because multiple clicks from one recipient are only counted once.

Example: A campaign is sent to ten recipients and opened by four recipients. One of these recipients clicks on the same link twice. Another recipient clicks on three different links. The unique click rate is calculated as follows: 2/10 = 20%, because two recipients (out of a total of 10) have clicked on links.

3) The Click-Through Rate (CTR) shows what percentage of recipients who opened the email also clicked on at least one link. In other words: the ratio of Unique Clicks to Unique Opens.

4)  The metric All Clicks refers to the absolute number of clicks on all links featured in a single campaign. This counts each individual click on one link, regardless of whether it came from the same person or not.

5) The metric Clicks per Clicker represents the number of all clicks divided by the number of unique clicks. In other words: Of those who clicked on at least one link, what's their average total clicks?

The top graphic below the metrics shows the distribution of clicks over time. And the bottom table shows the individual clicks per link.

1) Total represents the metric All Clicks for each link, which means if something was clicked multiple times by one recipient, each time it was clicked gets counted.

2) Unique represents unique clicks per link, which shows you how many contacts clicked each link. The corresponds to Unique Clicks above.

Note, too, that, just like with all tabs under Reporting, you have the option to export this information as a CSV or PDF, as well as further segment it by creating a Custom Segment under All Contacts on the top right.

This functions in the same way as advance searching. 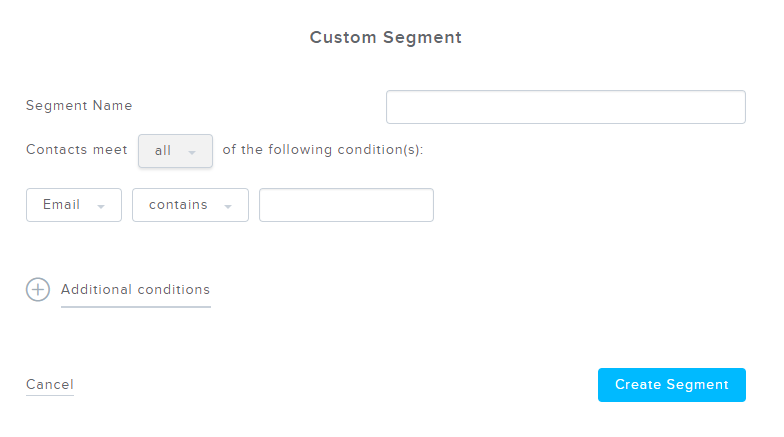 For more information about how to use KPIs, read our blog on the 10 newsletter KPIs that will supercharge your email strategy.

What Is the Difference Between Unique Opens and Total Opens?
Where Can I Edit the Tracking Options?
How Is the Open Rate Tracked?
How Can I Use Conversion Tracking at Newsletter2Go?
Can I Define the Time Period for Reports?
How can I find out, how the recipients reacted on the campaign?
Is It Possible to Save Email Campaign Reports?